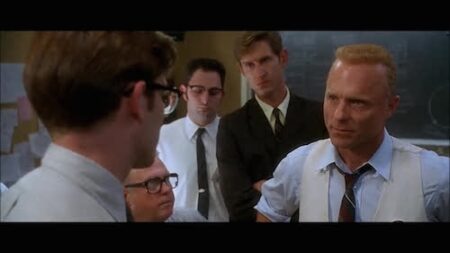 If you’ve gone to business school, read any business books, or watched any movies about business (or war) you know the idea:  when there’s a problem, there’s a quick meeting, the issue is quickly discussed, a decision is made by the top dog, everyone rallies around it, and all is well afterwards. Perhaps the very Earth itself was saved.

Here’s one of my favorite examples:  The “failure is not an option” scene from Apollo 13:

What was so effective about this meeting?

1. The issue was clearly defined.

Gene Krantz, played by Ed Harris, quickly and visually defines the problem for the team. He then opens it up for discussion.

Different team members speak up (although at once).  Notice the leader doesn’t quash the discussion, but listens.  One “brave one” lays out a plan.  A rapid discussion ensues.

3.  A solution came out, and a decision was quickly made.

Krantz, hearing no other options, makes a quick decision.  He doesn’t sit on it, waffle, or second guess himself.

4.  The solution was clarified with the team.

He gives clear instructions to the team – what he wants, when he wants it (though he makes one mistake: interestingly he doesn’t specify the individuals responsible for a task.  Don’t try this part at home).

5.  He held his team accountable.

“Failure is not an option”.  That’s pretty clear!

Are you holding effective meetings?

I recommend the system called EOS (the Entrepreneurial Operating System®), which when it comes to effective meetings, summarizes and distills the very best time-tested ideas from gurus like Patrick Lencioni and Jim Collins.   To have effective meetings, consider this system, and particularly the Level 10 Meeting™ tool.

What is the Level 10 Meeting™?