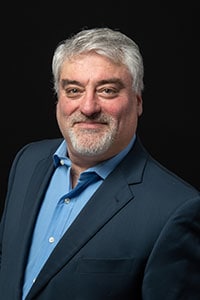 Steve’s passion as an EOS Implementer® is to help leadership teams to implement the Entrepreneurial Operating System® (also known as EOS) throughout their business.

Steve launched his career as a principal of his family’s financial advisory firm. By age 27, he’d helped to raise growth capital for several businesses, managed over $50 million in assets and advised company leaders on strategic decisions.

After selling the firm, Steve held top leadership positions with Fortune 500 firms such as New York Life, CNA Financial (Chicago) and Jackson National (Los Angeles) where he ultimately built and led a marketing team serving 11 businesses generating sales in excess of $7 billion per year. Since 2002, Steve has returned to his roots by bringing his experience and passion to small and medium-sized businesses. He has collaborated with dozens of business owners and leadership teams to build and execute their plans for growth.

Steve is a graduate of Syracuse University and resides in New York’s Capital Region with his wife Katie. He renews his boundless optimism every spring by rooting for his beloved New York Mets.

Schedule 15 minutes with me

Things to know about Steve