Does Your Team Have Olympic-Sized Dreams? 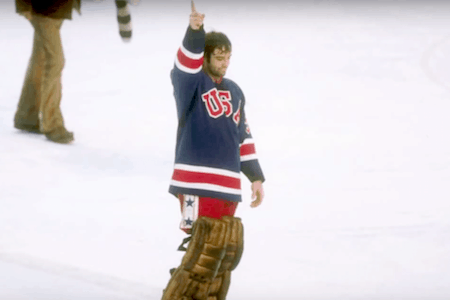 When I was nine, my family moved to Lake Placid, NY for the 1980 Winter Olympic Games.  I can tell you lots of personal stories about the 1980 games, including meeting Dorothy Hamill in an elevator, all alone (she called me cute!), being there for the bedlam of the Miracle on Ice, and peering through a chain link fence to get a glimpse of one of Eric Heiden’s 5 Olympic gold speed skating medal heats.

While I’ve since moved away, I go to Lake Placid whenever I can.  Just this past week, at the closing of the the recent winter Olympics, my son and I attended a festival on the Lake Placid’s outdoor Olympic speed skating oval.

Two of my heroes were there, too:  Jim Craig, the goaltender of the “Miracle” USA hockey team, and Eric Heiden.  I checked off a bucket list item I didn’t know I had last week  – skating on the oval that made Eric Heiden famous…with Eric Heiden. It’s like being in the olympic swimming pool with Michael Phelps or on the olympic track with Usain Bolt.

These two Olympic legends both peaked at these games, never coming back to compete at an Olympics.  But what they have to tell leaders and achievers is timeless.

Eric Heiden was the most successful athlete at those 1980 Olympic Games, single-handedly winning more gold medals than all nations except for the Soviet Union and East Germany. Indeed, he is still the most successful Winter Olympian from a single Winter Olympics.  For two weeks, he ruled the world.  What’s even more amazing, he won all distances of the sport, from the sprint (a race about 35 seconds) to the 15,000 meters (a race about 15 minutes) and broke world records in each of them. Picture Usain Bolt also winning the marathon.

He retired from speed skating shortly after, having reached his goals.  Why so young?  Eric said:  “Heck, gold medals, what can you do with them?” He went on to become an orthopedic surgeon, and in fact was the Team USA’s MD at the Sochi games.

In an article in the Wall Street Journal, Eric is quoted about a top athlete’s motivation:

“They’re not so concerned about the outcome, whether it’s a win or a loss, but just want to know they have challenged themselves and performed up to what they consider acceptable,” he explains. “Most feel they have never reached a perfect competition or had a perfect game, and they’re always challenging themselves and can always find fault in what they’ve done despite being victorious.”

Your Team’s Takeaway from Eric Heiden

Although he was talking about individuals and not teams:   If you are a leader of a team, are you challenging your teams, and not resting on your past successes?

In turn, are the team members challenging each other?

In Other Miraculous News

You want to make this grown man cry?  Don’t sit me down for Old Yeller – sit me down and let me watch Miracle.

It’s about the 1980 Olympic USA Hockey Team.  College Kids.  Gold medalists.  They happened to beat the Soviet Union, the most powerful hockey team on the planet, in a “miracle”.  Everyone in America knows about that game, even if they weren’t even alive yet. It was named ESPN and Sports Illustrated’s #1 sports moment of the 20th century.

To give you context, we were still very much in the Cold War.  The tensions between the USA and Soviet Union were very high. At the same time, the American spirit was down, due to a recession, post-Vietnam war anger, a recent tarnished presidency, and the  American Embassy hostage crisis in Iran.

The Russian hockey team had won 8 of nine previous Olympics, including four in a row. They’d just beaten the NHL All-Stars 6-0, and hadn’t lost a single game since 1968.

Meanwhile, the U.S. team was made up of college kids, and had a middling (at best) record of exhibition games coming into the games – including a 10-3 trouncing days earlier by the very Soviets that they’d meet in the Olympics.

Who would you have put your money on? 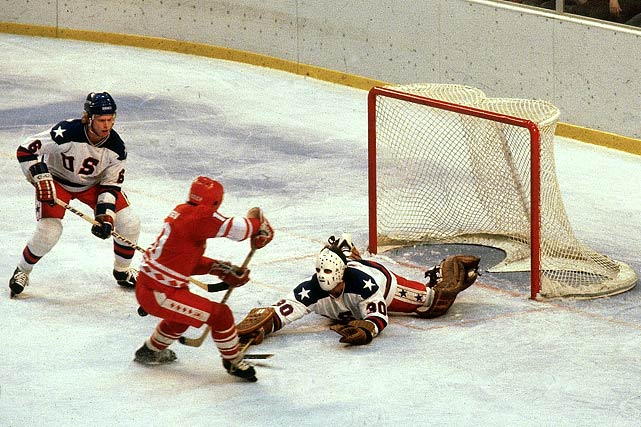 Jim was the young goaltender of the U.S. Team.  Growing up, he had a dream to play hockey in college, then to play in the NHL. While he did accomplish both goals, it was his Olympic moments that defined him. Suddenly, Craig was a solid wall, allowing only 3 goals from 39 shots, and helped lead the Americans to the impossible victory.  Today, he is employed as a motivational speaker, spokesperson, marketing and sales strategist.

“What we did in 1980 wasn’t a ‘miracle'”, Craig states.  “It was hard work.  We shared a dream. We had a coach with a game plan.  We accepted the challenge. We executed the game plan.  And we won.”  Cue the national anthem.

The question for your company leaders:  Are you hoping for a miracle?

Let’s relate his checklist to for your company:

If not, I encourage you to do a few things: